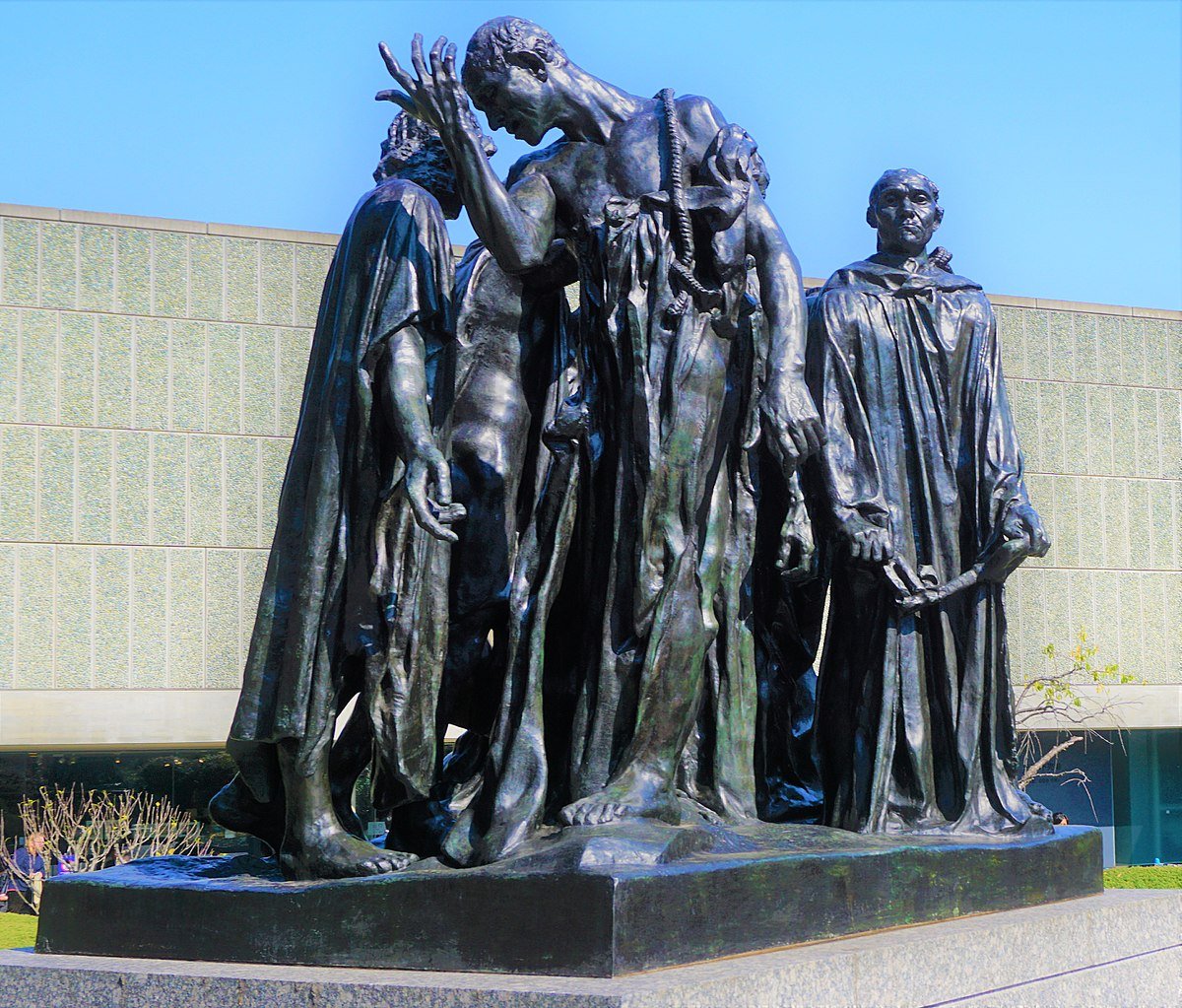 Auguste Rodin is without doubt one of the greatest sculptors in history. Equally without doubt, his works are now in the public domain, since he died in 1917. Unfortunately, the situation in France is a little more complicated, for reasons the artist and public domain campaigner Cosmo Wenman explains:

Shortly before his death, Rodin willed his estate to the French government, which created the Musée Rodin and assigned to it droit moral (“moral rights”) in Rodin’s oeuvre. By these rights the museum is permitted under French law to manufacture and sell a limited quantity of modern, posthumous bronze casts and represent them as “original” Rodin works. Musée Rodin earns considerable income from sales of such posthumous casts, as well as unlimited, simple reproductions.

Musée Rodin’s moral rights apply only within French jurisdictions, and only in very limited circumstances. They do not impinge on the public domain status of Rodin’s works, nor on the public’s right to freely copy them, even within France.

Wenman believes that museums, art galleries and private collectors around the world should make 3D scans of important public domain works and release them freely, thereby becoming “engines of new cultural creation”. The Musée Rodin disagrees, presumably because it is concerned that its monopoly on “original” posthumous casts might be devalued. As a result, it has been fighting for some years Wenman’s efforts to obtain the museum’s 3D scans of Rodin’s works through the courts.

Wenman has tweeted an update on his lawsuit. One piece of good news is that thanks to his legal campaign, the scans carried out for the Musée Rodin’s of two famous works – “The Kiss” and “Sleep” – are now freely available. Even better news is that Wenman has discovered the Musée Rodin has scanned its entire collection at high resolution. As he says: “These documents are of world wide interest and immeasurable artistic, academic, cultural, and commercial value. I am going after all of them, for everyone.”

It’s regrettable that some museums and galleries are still resisting these attempts to liberate public domain works. When those who are supposedly the guardians of society’s cultural patrimony are fighting to stop people from having full and free access to it, it’s clear that copyright’s poison, based on ownership and exclusion, has entered deep into their souls.