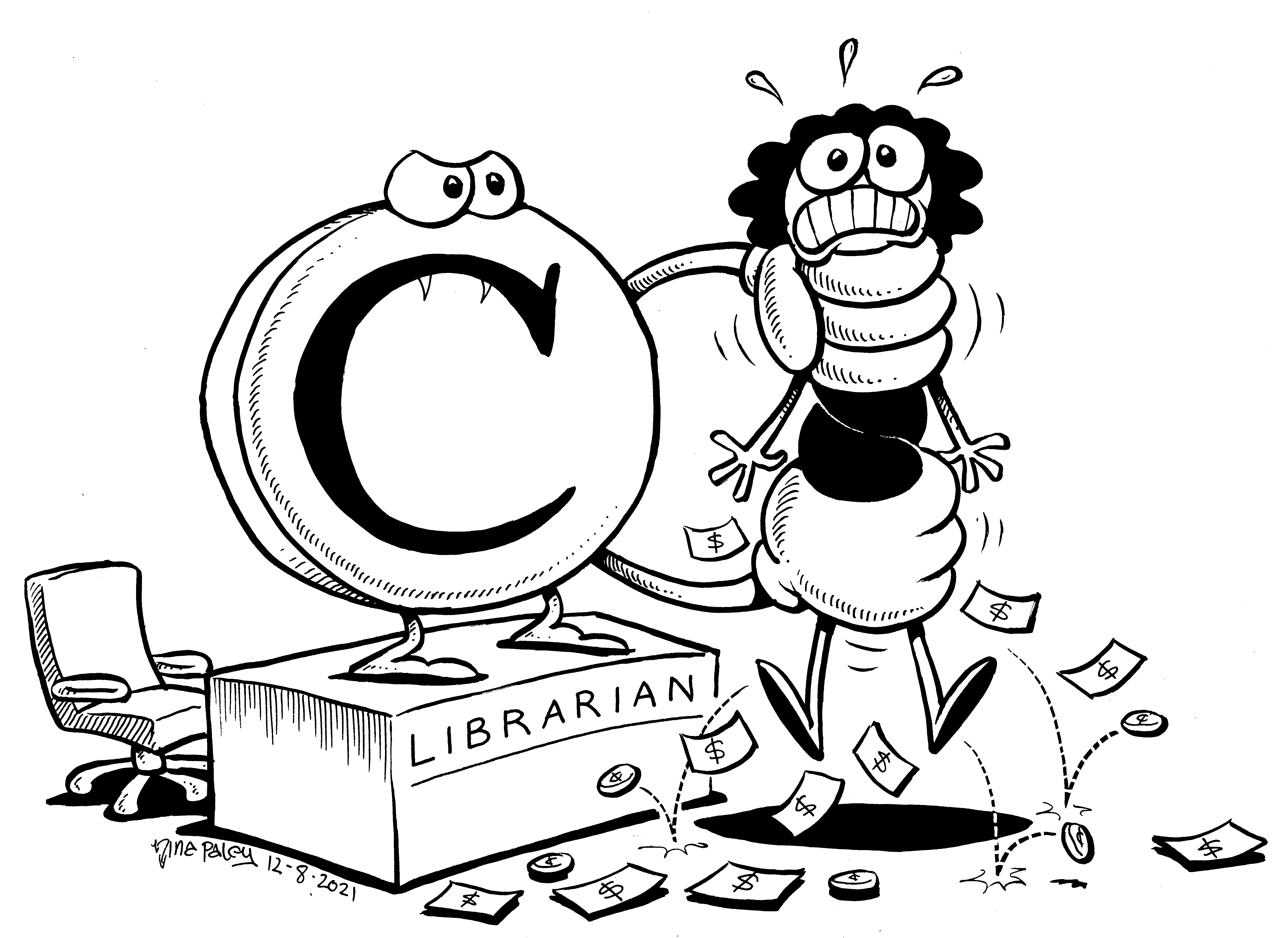 Despite only 10% of university reading list items being available in ebook format, “everything is available in E-format” is a sentence librarians hear often. In the so-called digital age, you cannot blame people for making this assumption. However, ebooks have long been problematic for librarians due to lack of availability. The ebooks that do exist for use by libraries are licensed and not owned, thus continuing access is precarious. Furthermore, licenses are often many times the price of the equivalent hardcopy. Pricing is unpredictable and arbitrary, with sudden and inexplicable price rises common. Despite their price tags and publisher claims to the contrary, the quality and accessibility of ebooks is often poor.

Consequently, until the COVID pandemic struck, hardcopy books were still depended on as the core textbook provision by libraries. As lockdown measures closed university campuses, and the higher education sector scrambled to move teaching online, hardcopies were no longer an option. Physical library collections were closed off from use.

In the early weeks of campus lockdown, the big publishing houses announced, with much congratulatory fanfare from their press officers, that they had opened their ebook collections to universities for free. This was welcomed by universities. However, access to these books was quietly withdrawn as early as June 2020, when the pandemic was still raging. In their place, universities were offered exorbitantly priced subscription-based bundled packages of the ebooks or individual ebook licenses priced at as much as 500% more than the hardcopy. The cynical among us could be forgiven for concluding that the initial generous offer was nothing more than a ploy to manipulate the market by forcing libraries, desperately trying to support students studying remotely, into signing up to expensive and unsustainable subscription ebook models.

This was the context in which the campaign group #ebooksos was founded. Led by three academic librarians – Yohanna Anderson (University of Gloucestershire), Caroline Ball (University of Derby) and Rachel Bickley (London Met University) – the group penned an open letter asking that the UK Education Select Committee investigate the academic ebook market. The cross-party committee scrutinizes the work of the government department responsible for education. To date, over 4,600 librarians, students, researchers, academics, consortia, professional bodies and more have signed the open letter.

Disappointingly, the Education Select Committee replied that, while they were aware of the issue, they did not have the capacity to investigate. In her speech at the Times newspaper Higher Education event, in November 2021, Government Minister Michelle Donelan, responsible for overseeing Higher and Further Education, stated that: “we want the post-COVID era to be as revolutionary for education as the post-war era was for healthcare. In order for it to be revolutionary and open up access to studying as a lifelong endeavour”. Yet, she has shown little regard for our predicament or understanding of the issues at all.

Despairing any chance of government action, the #ebooksos campaign next appealed to the Competition and Market Authority (CMA), the independent non-ministerial UK government department, responsible for strengthening business competition and preventing and reducing anti-competitive activities, to investigate the market. The CMA is currently considering the request and is in ongoing dialogue with #ebooksos about the issues involved.

Meanwhile, #ebooksos worked with UK sector leaders on a joint statement calling for:

“immediate action by publishers and aggregators to introduce more sustainable and affordable pricing models for e-books and e-textbooks” and pledges the signatory bodies to work towards a “fairer and more transparent marketplace” so that “students and teachers in UK higher and further education can gain equitable and sustainable access to e-books, e-textbooks.”

The ebook crisis is not just affecting libraries in the UK but is a global concern. While the CMA mull over our request in the UK, #ebooksos Ireland has been launched and Library Futures (USA) secured the launch of a US senate inquiry into ebook publishing. Library Futures has also worked with #ebooksos to co-author an International Statement of Solidarity, which states that:

“The future of knowledge is digital, open, accessible, and culturally responsive and “seeks to steward the future of libraries through shared goals: Balancing copyright and an information ecosystem that meets the needs of communities globally”

#ebooksos members have spoken at multiple national and international events, including at the Independent Publishers Guild Spring Conference and at a webinar hosted by University College London (UCL) which attracted 700 registrations and attendees from 13 different countries.

The pressure is steadily mounting on publishers, yet they continue to dig their heels in. Only last week Pearson UK was the latest publisher to announce an ebook price rise of 500% with just a weeks’ notice and in advance of exam season.

It is far from just the Higher Education (HE) Sector that is affected. The National Health Service (NHS), further education, schools, public libraries are all unable to access affordable digital content.

Where does #ebooksos go from here? The open letter is still taking signatures as the campaign continues to press CMA to investigate. We continue to appeal to influential sector leaders to write directly to the Chief Executive of the CMA supporting the call for an investigation. Collaborative efforts are continuing, with #ebooksos recently invited to address the League of European Research Universities (LERU) in Copenhagen. We are not going away. Change is going to come. It must. The Higher Education Minister said she wants post-COVID HE to be revolutionary. Let us be that revolution.

Check out the campaign, get in touch at ebooksoscampaign@gmail.com, and use the #ebooksos hashtag.

Subject Librarian for the School of Natural and Social Sciences at the University of Gloucestershire, Yohanna is an advocate for libraries and has led various campaigns including Friends of Gloucestershire Libraries, Voices for the Library, and she recently launched a campaign calling on the UK government and the Competition and Markets Authority to investigate the academic ebook market. The ongoing campaign has received sector-wide support, international collaboration and media interest and has been shortlisted for the 2021 Open Publishing Awards.

Salvador Alcántar Morán is a lawyer, focused on digital copyright,