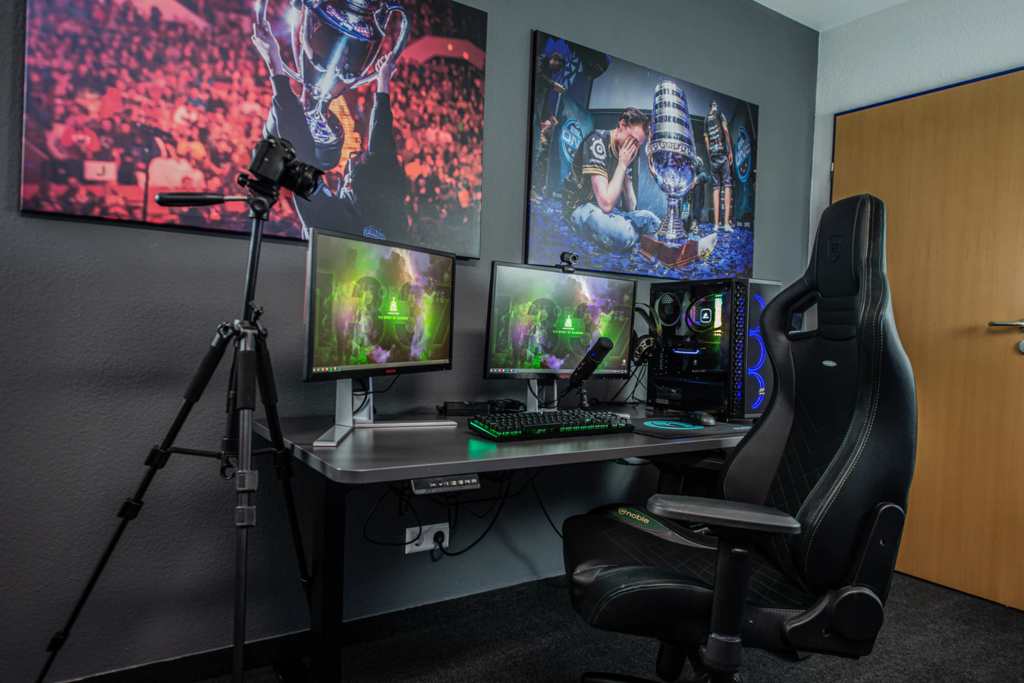 An interesting development in the digital world has been the continuing rise of gaming as a hugely popular activity, and a hugely profitable industry. Flowing from that rise and popularity, there is yet another fascinating aspect: streaming games for entertainment. The best-known example of this phenomenon is Twitch, now owned by Amazon.

A new paper by Amy Thomas, entitled “Can you play? An analysis of video game user-generated content policies” presents one of the first in-depth analyses of the copyright aspects of this new entertainment category, and its very particular user-generated content (UGC). As she points out, copyright has trouble dealing with game streaming. Copyright applies to many aspects – the underlying software, the images, the sounds, the scripts – and yet the game streamer is not infringing on these in any meaningful way, but building on them in a playful and creative sense that is beneficial for the game studio. Game streamers – especially the best ones – act as skilled and unpaid marketers that show off all the best elements of a game, often leading spectators to try it out themselves, if they have not already done so. Thomas writes:

With the slow pace of policy change and judicial interpretation by courts, it seems unlikely that the legal treatment of game UGC in copyright doctrine will change any time soon. Without intervention, this leaves UGC creators in an uneasy state of tolerated infringement, with an omnipresent threat of enforcement measures.

In the face of this doctrinal gordian knot, the video games industry has responded with an alternative mechanism of regulating user creativity: contract. Now, game companies routinely consider the user who approaches a game, not as a passive consumer, but as an active creator who is interested in what rights are licensed to them to interactively create with a game.

The contract is established with the End User Licence Agreement (EULA) that players must accept. Thomas looks at the EULAs of 30 games in order to understand how game companies are moving beyond the strict and unhelpful prohibitions of copyright to find ways to work with game streamers for mutual benefit.

She explores eight aspects of game streaming that are regulated through the EULA: videos, monetisation, screenshots and game photography, soundtracks, fan works, merchandise, modding, and commercial use. One of the most striking results is that a surprisingly high number of game companies allow the monetisation of their game content (7 without condition, 12 with). However, monetisation has its limits, in the following way:

UGC policies mainly permit passive ad revenue, money gained from partnership programmes with online platforms, and fan donations. Paywalls in any form (e.g., Patreon), whilst strictly constituting ‘monetisation’, are almost universally prohibited amongst those rightsholders who attach conditions to the monetisation permission (with the exception of Mojang who allow for a 24-hour embargo of paywalled content). As such, it may be more accurate to define monetisation as a user’s entitlement to derive passive income from their UGC, but not the active solicitation of money from other users at the point of access. In this sense, monetisation of UGC is not transactional, but rather merit-based; other users may reward the creator of UGC with their time, subscription, or donation, but cannot be actively charged to access the content.

“Merit-based monetisation” is a great way to describe patronage of the kind that true fans can provide. As previous posts on this blog have suggested, it represents one of the best alternatives to a copyright system that isn’t working for the digital world. The new research about game streaming from Thomas confirms both of those aspects.