Author, journalist, and activist Cory Doctorow talks about the new publishing models available to creators, the consolidation of the publishing and distribution markets, the emergence of Amazon as a frenemy to publishers and the misunderstandings that led to the Internet Archive court case.

Do you prefer watching our passionate interviewees talking about the 21st-century walls blocking access to culture? Then check out the vlog below. 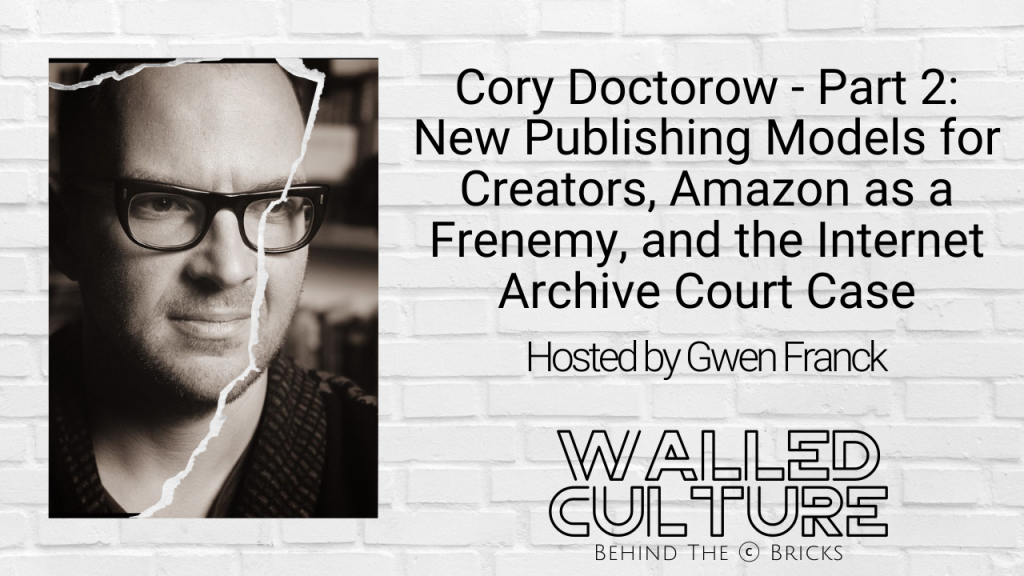 01:26 Cory talks about the new publishing models for books, the Creative Commons licence, and how other people can also make money even after putting their content online for free

15:20 Cory also explains the reasons why his publishers asked him to stop using the Creative Commons licences

18:34 Cory talks about the Internet Archive, what it is, what it does, and why it was under attack by the publishers as an act of piracy claiming that they were acting as a library

22:50 Cory talks about the HathiTrust, what it is and what it does

26:38 Cory talks about the particular moment when he hit the wall and now thought that there was something wrong there

31:26 Cory talks about the things that he would like to see happen in the next five to 10 years so as to break the walls and move forward

Communications expert specialised in open-access questions. After working for OpenAIRE, EIFL, and Creative Commons, now currently at the EGI Foundation and working as a freelancer

ARC Future Fellow and Associate Professor within the Melbourne Law