Scholar, writer, editor, content developer, and publishing and library consultant, Mirela Roncevic talks about the long journey of open access and open science, how to pay for scholarly monographs, and the complex challenges of e-book lending.

Do you prefer watching our passionate interviewees talking about the 21st-century walls blocking access to culture? Then check out the vlog below. 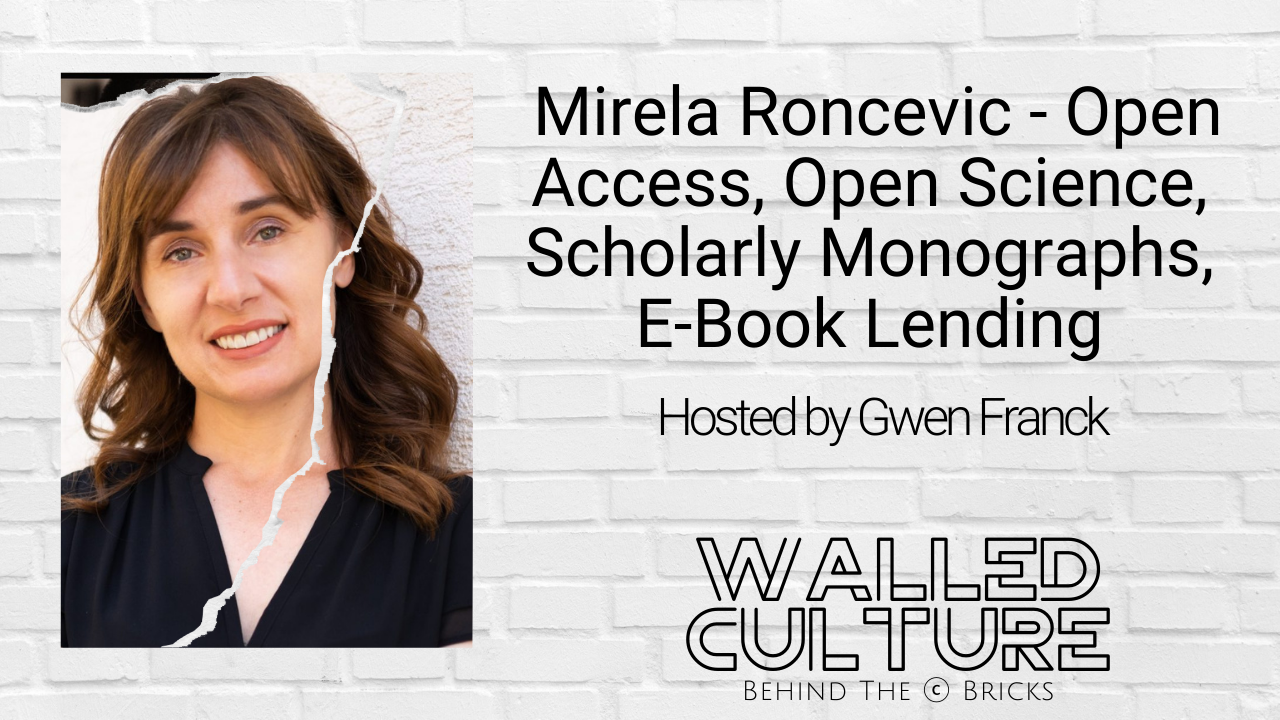 01:54 Mirela talks about the open science movement, paywalls, and how researchers and their funders are trying to get around it

6:17 Mirela talks about what she feels is special about scholarly monographs and books and business models such as crowdfunding

10:42 Mirela talks about other interesting business models that have also emerged in this industry

15:24 Mirela talks about the digitization of books and making them accessible to people at home and if digitizing books can pose new copyright challenges and lawsuits that have been there

20:53 Mirela talks about e-book lending, what it is, how it works and how publishers not only use paywalls to restrict access, but also how they erect physical walls to block the access

26:35 Mirela explains if roles of libraries in the digital world are not only facilitating or making sure that users have a proper nice experience but also encouraging new business models and experimenting

30:04 Mirela talks about the particular moment when she hit the wall and knew that something was wrong and how she went around it

34:26 Mirela talks about digital rights management of the book publishing industry, what it is, how it works, when it works and when it doesn’t

40:34 Mirela talks about what she envisions the industry will look like in the next 10 years

Communications expert specialised in open-access questions. After working for OpenAIRE, EIFL, and Creative Commons, now currently at the EGI Foundation and working as a freelancer

ARC Future Fellow and Associate Professor within the Melbourne Law

Physical books can be bought, shared, and accessed in libraries