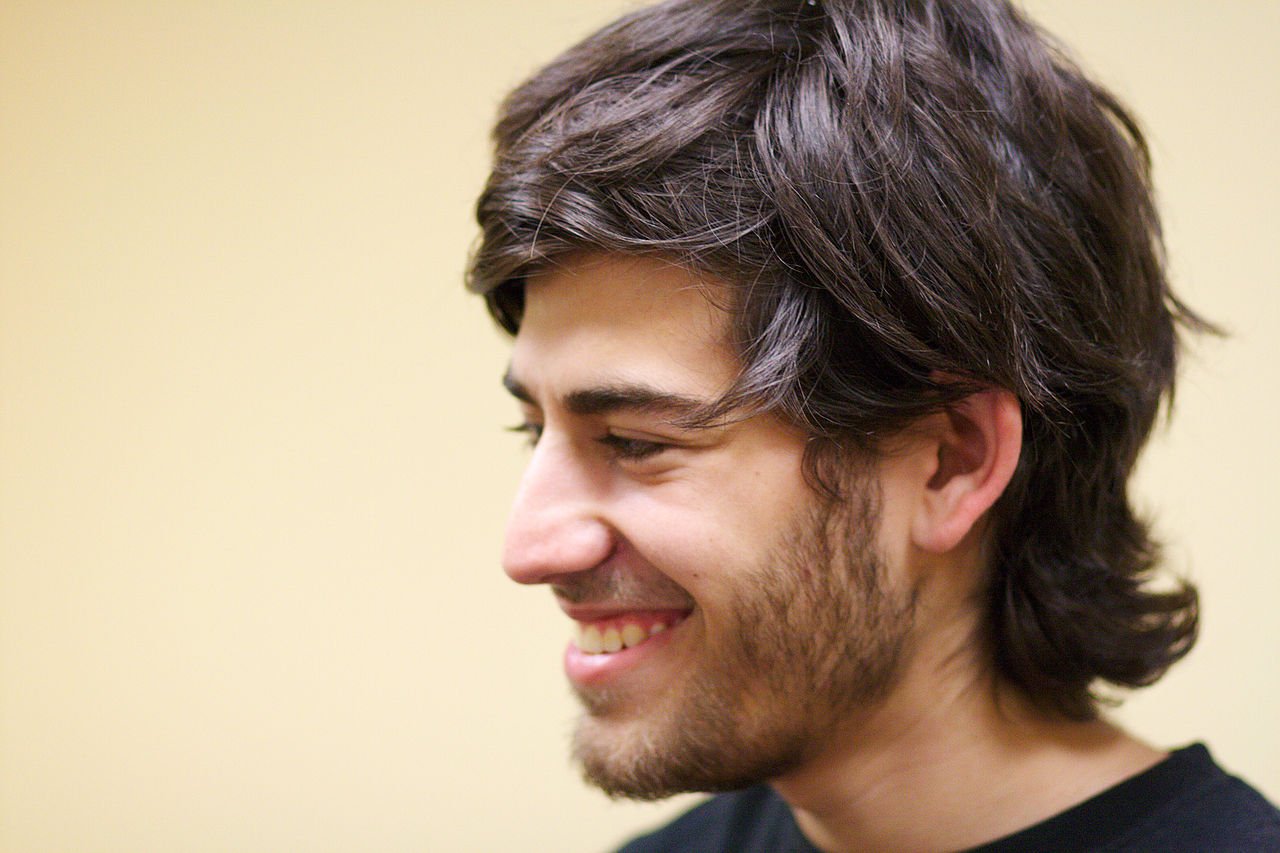 On this day in 2013, Aaron Swartz died by his own hand, at the age of 26. His short but full life as a hacker and activist is summed up well on Wikipedia – one of the many projects he was involved with. It is widely believed that Swartz hanged himself because he faced the terrifying prospect of up to 35 years in prison and a $1 million fine as a consequence of the following:

Aaron Swartz, a 24-year-old programmer and online political activist, has been indicted in Boston on charges that he stole more than four million documents from the Massachusetts Institute of Technology and JSTOR, an archive of scientific journals and academic papers.

On the Remember Aaron Swartz Web site, the official statement from the family and partner of Aaron Swartz reads in part:

Aaron’s death is not simply a personal tragedy. It is the product of a criminal justice system rife with intimidation and prosecutorial overreach. Decisions made by officials in the Massachusetts U.S. Attorney’s office and at MIT contributed to his death. The US Attorney’s office pursued an exceptionally harsh array of charges, carrying potentially over 30 years in prison, to punish an alleged crime that had no victims. Meanwhile, unlike JSTOR, MIT refused to stand up for Aaron and its own community’s most cherished principles.

Although the charges against him were for “wire fraud, computer fraud, obtaining information from a protected computer and criminal forfeiture”, it was the copyright system that set in motion the tragic series of events that culminated in his suicide nine years ago. But he did not “steal” four million documents as alleged: he downloaded copies. Moreover, the documents he copied were academic papers, part of humanity’s common heritage; most of them were funded by taxpayers around the world. They belong to the public, and as such should have been freely available to all. They were not – because copyright locked them behind walls erected by unjust laws – so Aaron took it upon himself to liberate them personally, and paid the ultimate price for daring to do so.

A few years before his death, he wrote his Guerilla Open Access Manifesto, which concludes with the following call:

We need to take information, wherever it is stored, make our copies and share them with the world. We need to take stuff that’s out of copyright and add it to the archive. We need to buy secret databases and put them on the Web. We need to download scientific journals and upload them to file sharing networks. We need to fight for Guerilla Open Access.

With enough of us, around the world, we’ll not just send a strong message opposing the privatization of knowledge – we’ll make it a thing of the past. Will you join us?

Nearly a decade after his senseless death, Aaron’s fight to bring down the walls hemming in knowledge lives on.