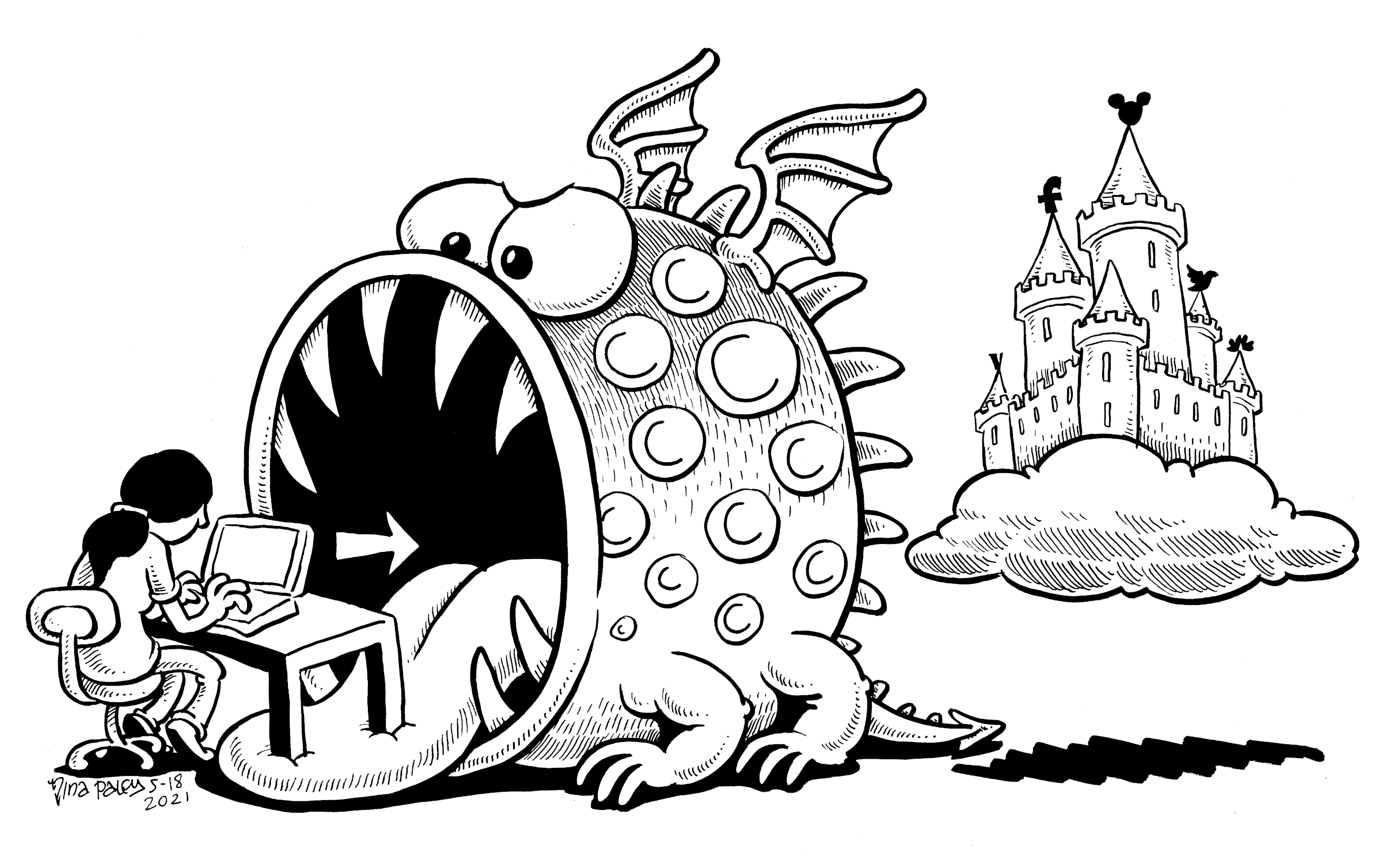 The history of copyright can be seen as one of increasing control by companies over what ordinary people can do with material created by others. For the online world, the endgame is where copyright holders get to check and approve every single file that is uploaded, with the power to block anything they regard as infringing. That digital dystopia moved much closer two years ago, with the passage of the EU Copyright Directive. At the heart of the Directive lies precisely these kind of upload filters – even though the legislation’s supporters insisted that they would not be needed. When the law was safely passed – despite voting issues – only then did they admit that upload filters would indeed be required.

The parts of the EU Copyright Directive dealing with upload filters are so badly crafted that most of the EU’s Member States are struggling to implement them in their national laws in any coherent way. This means the full impact of the legislation’s upload filters won’t be known for some time.

Until then, we can look at the real-life effects of a similar approach, as used by YouTube. Content ID is a digital fingerprinting system developed by Google at great cost – around $100 million by 2018 – which is designed to spot and block allegedly infringing material on YouTube. Content ID’s flaws are well known, particularly in terms of overblocking perfectly legal uploads. This is the fundamental problem with all upload filters: there is no way that an automated, algorithmic system can encompass the complexities of global copyright laws, which even trained lawyers struggle with. The problem of overblocking is widely known on an anecdotal basis, but we have not had reliable data about the scale of the problem. That has finally changed with the release of YouTube’s first Copyright Transparency Report. The Kluwer Copyright Blog has a good analysis and summary of the report by Paul Keller, Director of Policy at openfuture.eu:

The overall take-away is that automated content removal is a big numbers game. In total YouTube processed 729.3 million copyright actions in the first half of 2021 of which the vast majority (99%) were processed via Content ID (as opposed to other tools, such as Copyright Match Tool and the Webform). And while YouTube claims that ContentID is much more accurate and less prone to abuse than its other systems ContentID has still received 3.7 million disputes from uploaders claiming that the actions (these can be blocks/removals but also demonetisation actions) taken against them are unjustified. 60% of these disputes have ultimately been decided in favour of the uploaders, which means that in the first half of 2021 Content ID has generated at least a 2.2 million unjustified copyright actions against its users on behalf of rightholders. In other words, over-enforcement (both unjustified blocking and unjustified demonetisation) is a very real issue that affects the rights of a substantial number of uploaders on a regular basis.

As Keller rightly notes in his post, the real number of unjustified copyright actions is likely to be larger than 2.2 million. When blocked by the Content ID system, many people will just give up, rather than instituting a formal dispute of the block. Unlike copyright companies’ well-paid lawyers, ordinary people do not have the time, money or expertise to engage in this kind of legal battle.

The figure for YouTube overblocking is bad enough. The situation once the EU Copyright Directive’s upload filters come into operation across the continent will be far worse, for a number of reasons that were widely explored by experts before the law was passed, but almost completely ignored by the EU politicians. Perhaps the most worrying aspect of the imminent upload filters is that they must apply to every kind of copyright material. YouTube only deals with music and video, and even then has enough problems with overblocking, as the new report indicates. The upload filters required by the new EU law will apply to text, images, photos, maps, music scores, ballet scores, software and 3D models amongst other things. There are currently no systems comparable to Content ID for these domains, nor are there likely to be for a long time, if ever, given the huge cost involved in developing them.

Despite this glaring omission, EU Member States are required to bring in new copyright laws, which will inevitably come with upload filter rules. This seems like a huge disaster waiting to happen – all thanks to the selfish desire of copyright companies to control down to the last byte what ordinary people do online.

Over on the EFF blog, Cory Doctorow points to an