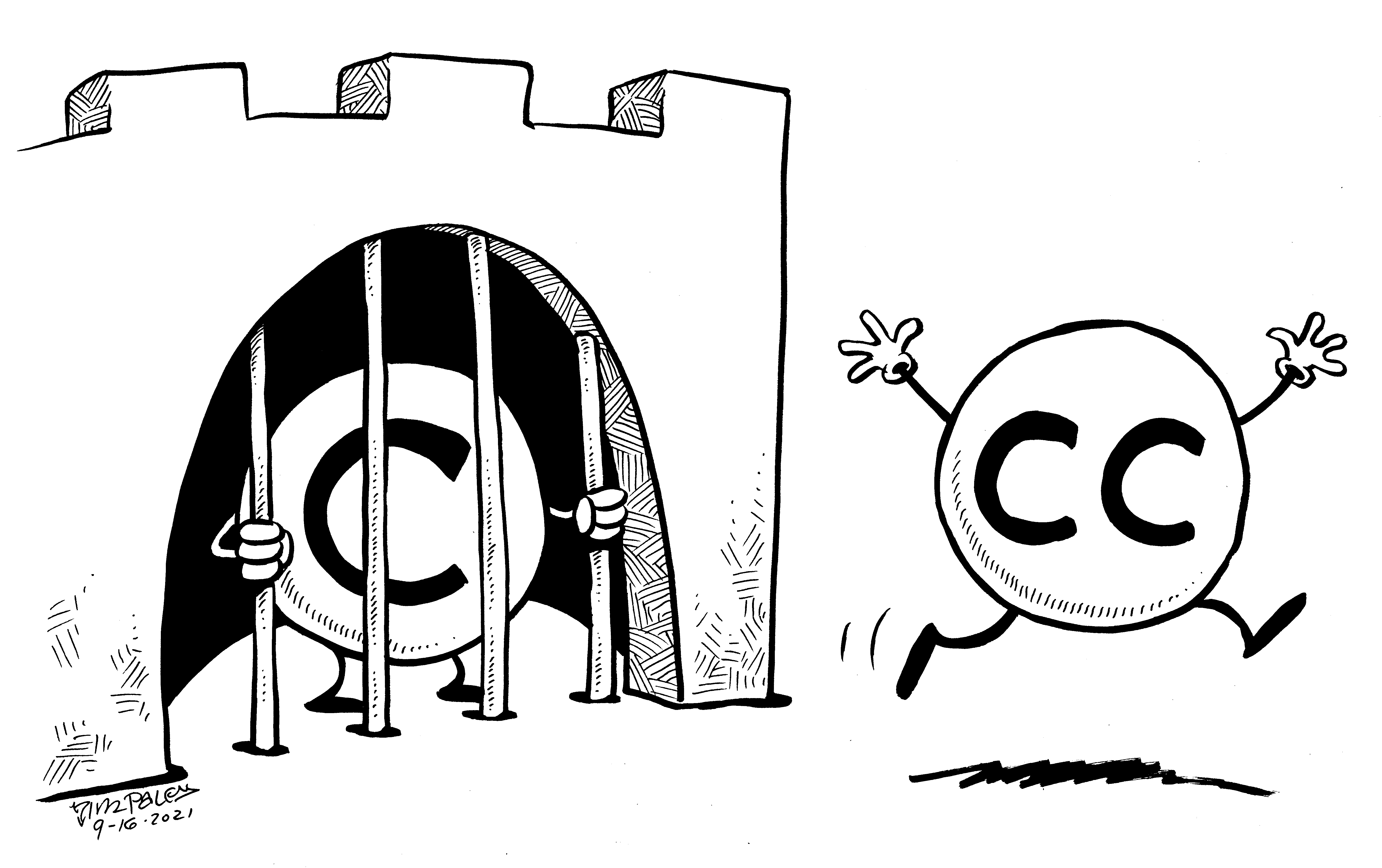 Effortless copying lies at the heart of the Internet. As digital data is passed from location to location, copies of it are made at the intersection of the networks that form the Internet (inter-net). Copyright, on the other hand, is designed to control every copy of a creative work, including digital ones. That inherent contradiction is causing continuing problems and pain for users, companies and governments, and is the central theme of this blog.

Aside from the automatic copying that takes place billions of times a second across the Internet, there is also a more purposeful copying that occurs when people freely share digital files. Again, that sharing lies at the heart of the Internet and its culture. In the early days, that was unquestioned. But today the copyright industry seeks to redefine such sharing as copyright infringement, and to make it illegal.

What that viewpoint overlooks is the immense power of sharing, and the social and economic benefits that flow from it. The clearest proof of that fact comes in the form of open source software, also called free software – named because it is freely available, and designed to promote user freedom. Although many people may be unaware of its existence, it now drives the vast majority of the world’s computing.

Most of the Internet runs on open source software. Every single supercomputer in the top 500 list uses the open source operating system Linux. At the other end of the scale, Linux also powers every Android phone, which together represent 85% of the global smartphone market. And even though open source can be downloaded and used without any charge, it brings significant economic benefits. A recent European Union study found that companies located in the EU invested around €1 billion in open source software in 2018, which resulted in an impact on the European economy of between €65 and €95 billion.

As the power of open source in the field of computing became evident in the late 1990, people naturally wanted to apply its insights and potential to the wider world of artistic creativity. Central to the success of open source was the drawing up of a new licence that explicitly gave permission for others to freely use and re-use material released under it. That stands in contrast to classical copyright, which seeks to forbid people from doing just that. The new licence was called the GNU General Public Licence (GNU GPL) for reasons I explain in my history of open source, the book Rebel Code.

The GNU GPL was specifically designed for computer code. To apply its approach to things like text, images, music etc. required a new licence. The first person to create a non-software open licence was David Wiley, with his OpenContent License. A modified version called the Open Publication License, designed specifically for online versions of books and journals, was released in 1999. Although the appearance of this GNU GPL-inspired licence led to more material being released freely, there were a number of problems with its approach that meant it never caught on as a mainstream option. Fortunately, a group of lawyers in the late 1990s had become interested in tackling the problems raised by applying 18th-century copyright in the digital world.

The well-known academic and lawyer Lawrence Lessig led the work. The first attempt at a solution was the creation of Copyright’s Commons in 1999, “a coalition devoted to promoting the public availability of literature, art, music, and film.” Its principal instrument was the use of what it called “counter-copyrights“, which “strips away the exclusivity that a copyright provides and allows others to use your work as a source or a foundation for their own creative ideas. The counter-copyright initiative is analogous to the idea of open source in the software context.”

These initial attempts at starting a countermovement failed to take off. This led to the creation of a new, more ambitious organisation by Lessig and his colleagues, called Creative Commons, in 2001. In December 2002, Creative Commons released its first set of copyright licences, inspired by the GNU GPL, but offering a wider range of options to creators in terms of how their works could be used. As Creative Commons’ own history page explains:

Like the free software and open-source movements, our ends are cooperative and community-minded, but our means are voluntary and libertarian. We work to offer creators a best-of-both-worlds way to protect their works while encouraging certain uses of them — to declare “some rights reserved.”

Today, Creative Commons’ permissive licences have become the main alternative to traditional, restrictive copyright. Along the way, they have inspired millions of people to release their work under a permissive licence, increasing their audiences and enriching the world. According to the organisation’s home page, over two billion works have now been released under one of the Creative Commons licences, of which there are now six.

Creative Commons licenses give everyone from individual creators to large institutions a standardized way to grant the public permission to use their creative work under copyright law. From the reuser’s perspective, the presence of a Creative Commons license on a copyrighted work answers the question, “What can I do with this work?”

This week the Creative Commons is celebrating 20 years of existence by holding its 2021 CC Global Summit, “a week of discussion, collaboration, creativity and community building. Whether you are new to the community or a long-time contributor, the Summit has something for you!” That includes me, talking about a broad range of copyright issues on Thursday, September 23, 12:30pm – 1:00pm (UTC).